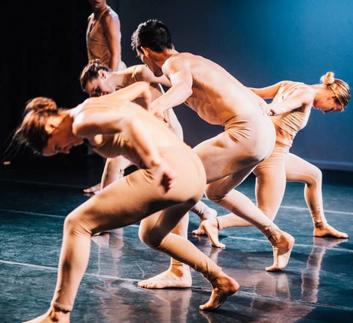 The most prominent characteristic of Gaynor's work is an intense physicality: straight lines, flying leaps, powerful unisons, and lots and lots of running.. I am impressed not only with the tightly knit and well-rehearsed unisons, but also with each dancer's unique interpretation of Gaynor's movement.. Hero is a well-constructed dance filled with virtuosity and visual pleasure.
-The Dance Enthusiast

Hero.. was a revelation of how the situations created for the piece were risk-laden and thus heroic.
-DIY Dancer