Quentin Tolimieri is a composer, pianist and improviser. His work has been presented throughout Europe and North America at a variety of venues, including, most recently, Roulette, Issue Project Room and The Stone (NYC), Instants Chavires and La Chapelle (France), The SPOR Festival for New Music and Sound Art (Denmark) and KM28, Petersburg Art Space (Berlin). His piece Trio was included on the 2014 album West Coast Soundings released by Wandelweiser Records. He holds an MA in composition from The University of Southampton (UK) and a BFA in composition and piano from California Institute of the Arts. 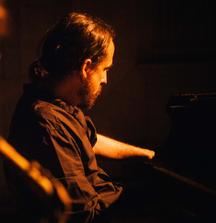 Andrew Dickerson is a freelance lighting designer and currently works as a production coordinator at Montclair State University. He has worked at The Joyce Soho, Center for Performance Research, The Milagro Theater, Thalia, and others, and has worked with such companies as Abby Bender Schmantze Theatre, Peter Kyle Dance, Launch/Movement Experiment, The Roxanne Lola Movement Machine, Company SoGoNo, White Road Dance Media, Leanne Schmidt and Co., NuDance Theater, Fools on Fire, and many more. 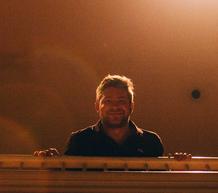